From wrapping up food and flowers to keeping toiletries from spilling over, fay cling film come in handy for several household chores.
The following are some of the most common uses of fay cling films in everyday life.

You can prevent fruits, particularly bananas from going brown and over-ripened by wrapping them in cling films. This simple trick will limit the release of ethylene gas, which in turn will prevent the speedy ripening of the fruits.

Carrying toiletries in your suitcase for traveling often becomes a headache because of all the leakage. One great way to prevent that is by placing a thin layer of fay cling film under the lid of the bottles. Simply tighten the lid over the film and enjoy spill-free traveling!

Oil drips and food stains not only compromise the look of your refrigerator but are also often hard to get rid of. A great tip to keep your fridge looking clean and shiny from the inside is to line its shelves with fay cling film.
You can simply remove and replace the dirty cling films with new ones whenever your refrigerator starts to look messy.

Covering the stems of the plants and flowers is a simple yet quite effective way of keeping them fresh. First, wrap a wet paper towel on the stems and then cover them with cling film tightly to ensure that they don’t wilt and remain as fresh as a daisy.

– Keep the Fruit Flies Away

To ward off those fruits flies, you can simply add a few tablespoons of apple cider vinegar to a container and mix it with several drops of washing up liquid before finally covering it up with cling film.
Prick a couple of holes in the cling film with a pointed object and voila, your DIY flytrap is ready! The sweet smell of apple cider vinegar will attract the flies into the container and the washing up liquid will break the surface tension of the fluid, making sure that the flies drown. 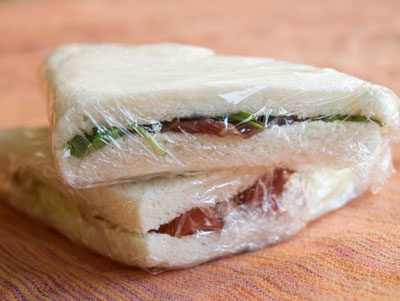 Have you noticed those large ice crystals that form on the surface of the ice cream tub? Well, you may prevent them from forming by simply placing a cling film sheet over the open tub. Seal the tub and put it in the freezer never to see those ice crystals ever again!
In addition to this, you may also wrap cling film on leftover food items, such as sandwiches and burgers to keep them fresh

We all know the hassle of packing everything up when we’re moving to a new house. You spend so much time and energy packing every little thing only to unpack them all over again once you’ve moved.
Now, you don’t have to go through that torture! With cling films, you don’t have to pack every little household item, such as your kitchen utensil holder. Simply wrap them up in cling film and they’ll be ready to go when you’ve settled in your new house.

The very clingy nature that makes cling film so useful often proves to be a nightmare. Not everyone has mastered the art of unwrapping cling films. 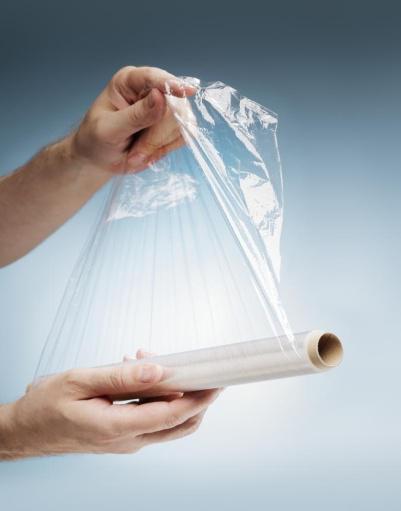 Do you too hate the sticky, tangled mess you get into when you tear off the cling film at the wrong angle?
We think we already know your answer… How can someone enjoy it?

Fortunately, there are a few hacks to unwrap cling film like a boss without having to make a mess. Dive in to learn these helpful tips and become the master of the unwrapping cling films art

1. Keep it in the Freezer

One of the easiest ways to keep cling films from sticking and tangling is by keeping it in the refrigerator or a freezer. When you keep it cool, it will behave, roll, and unwrap properly.
The cold temperature of the freezer will decrease its adhesiveness while making sure that it sticks the way it is supposed to when it warms back up. If it doesn’t stick well or you feel it has lost its clinginess after being stored in the refrigerator, you may wet your fingers and run them around the surface of the substance you want it to stick to. The gelatin-like material of the cling film when combined with water becomes super sticky and adhesive.

2. Use a Piece of Sticky Tape

We all know how frustrating it gets when you just can’t seem to find the end of the film.
A simple trick to finding it quick is to put a piece of sticky tape where you think the end of the film is and then pull it forward. The film will come rolling off just like that!

3. Punch in the Flaps of the Fay Cling Film Box

It is not uncommon for people to get stuck in a cling film mess when it refuses to come out of the roll. A simple way to unroll it is by punching in the tabs on the sides of the cling film box. These cardboard flaps are made to keep the roll in place for your ease and convenience.
Punching them in will make it easy for you to pull the cling film out evenly and hassle-freely.
With the aforementioned helpful tips in mind, you will find unwrapping cling films super easy.